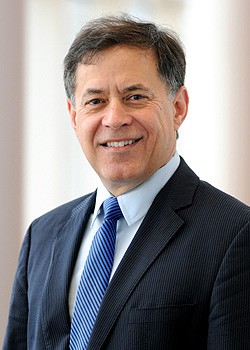 I recently had an opportunity to speak with Dr. Gary Clark about some common epilepsy myths, some of which I was aware of, but some were a complete surprise.

Dr. Clark is the Chief of Neurology at Texas Children’s Hospital and the Head Camp Doctor at Camp Spike ‘n’ Wave. He also runs annually on Team Epilepsy in the Chevron Houston Marathon.

Kate (KF): A lot of the misconceptions are about first aid. The most prevalent ones I saw said that you should restrain someone during a seizure and put something in their mouth, and that it is possible to swallow your tongue during a seizure. Are these things frustrating to you as a medical professional? Have your patients ever experienced any of these situations?

Dr. Gary Clark (DC): These are very common, and many people believe them. I’d like to make seizure first aid a component of basic CPR because epilepsy is quite common. You are more likely to see a seizure than cardiac arrest.

Restraint: You should not restrain a child. You should turn them on their side and put something underneath their head. They should be somewhere safe, like on the floor, where they cannot be injured.
Objects in Mouth: The jaw has the most powerful muscles in the body. Inserting objects or fingers in a person’s mouth during a seizure can lead to broken teeth, or they can bite off fingers. A parent or bystander will do this likely because they are panicking.
Tongue: It is impossible to swallow the tongue, but the airway can be obstructed. You should position the individual on their side and lift their chin up to prevent this. Essentially, you want to pay attention to the person having the seizure.

What will happen unfortunately sometimes is people will put someone (who has had a seizure) in a car, rush through red lights to get to the hospital, and have a car accident.

KF: The most surprising myth I saw was that epilepsy is contagious. Where does this belief come from?

DC: Ancient myths are plentiful, like possession or manifestation of a deity. This one is possibly a derivation of the idea that epilepsy runs in the family. People also panic when they see a seizure because they are witnessing something the body isn’t supposed to do.

KF: Has the internet made it easier or harder to spread the right information to people?

KF: Some do not like using the term epilepsy because they associate it with illness. Have you run across this before?

DC: Yes. People use the term “seizure disorder” and then will say “I didn’t know I had epilepsy.” because they don’t know it is the same thing. Epilepsy is an older term but is simply recurrent seizures without provocation. All of this confusion plays into the myths about epilepsy.

KF: Given that all of this misinformation exists, especially regarding first aid, what is the best way to approach a stranger if I am ever in the situation where I know I’m going to have a seizure in public and need assistance?

DC: First, make sure you are in a safe place. Tell them you are fine. Tell them not to stick anything in your mouth and to turn you on your side.

I would like to thank Dr. Clark for joining me for this conversation. If you have more questions about epilepsy feel free to visit www.eftx.org or www.epilepsy.org.